Celebrations, Building Steam and Joining Hands across the World


This February sees the first month long, active celebration of Steampunk community across the globe. The 14th also happens to be The Navigatrix's 2nd anniversary!

I must admit, writing this blog entry is a bit like trying to use a chocolate teapot...you see, Steampunk Hands is really not about selling things at all. It is about celebrating community, so my focus isn't really about inviting you to consider buying anything. However, the whole reason I got involved in Steampunk was because of a practical need to increase my income. This is one mother who got inventive! I amalgamated my skills as a professional modelmaker with my hobby of Live Roleplaying and created an Etsy shop. You can read all about how The Navigatrix began, on Etsy.

My learning curve in the first year was near vertical. I'd never actively created a network for business before, but I soon found it fun as it wasn't unlike meeting people at a LRP.  You come across their characters in play and before you know it, you're sitting round the campfire at 3am getting to know the person behind the persona. This is how I have met, both virtually and face to face, many wonderful people who are on a similar wavelength. Through the common love of dressing up and pretending (an admirable trait in grown-ups) we can get to know ourselves and each other much better. Isn't it nourishing to be understood?

I was contacted by my friend Suna Dasi of Steampunk India (a Facebook friend) in January and invited to join in with Steampunk Hands. This was just the boost I needed to take off in a new direction and so I dived right in, enthusiastically!

Kevin Steil, also known as the Airship Ambassador, is the bright spark whose idea has grown so rapidly that some are already calling it 'International Steampunk Month'. The Universe often conspires towards us, I feel...

"Our community is an energetic force of creativity, education, and aspiration, which deserves to be expressed, shared, and valued by each and every one of us, every day.
Our friends and compatriots, known and not-yet-met, create the stories we read, make the fashions and accessories we wear, perform the music we hear, and construct the art we see....This grand collaboration makes our steam-nation possible, not just to exist but to thrive. Steampunk and our community is our playground. It is our classroom. It is our workshop."


To find out the range of people's efforts in celebration of our shared love of the genre, visit:
Steampunk Hands around the World List of Links at AirshipAmbassador.com
Serendipity is a fine thing. It just so happens that I had already planned to make something of my Aether Nomad idea, to have The Navigatrix spend time among a different culture, learning from them and emulating their style. OOC (that's Out of Character for non-LRPers) my intention was to pursue a more tribal style in my Steampunk jewellery, allowing me more freedom for creativity and to perhaps find a unique little niche.

The little snippets of story that often pop into my head whilst making things had begun to grow into the idea of a fantastic, fictional culture. That was informed by my most recent Live Roleplay character (the orange tagelmust is actually part of my LRP costume too). So finding out about Steampunk Hands fit right in and has allowed me to get to know this sub-culture better. I've even tried dredging up the French I learned at school to at least have a token go at speaking to Heyk Al Khemeti, with whom I'm co-writing some of the 'Tales of the Navigatrix'. It is very rusty. A-levels were a long time ago (well, I will be turning 40 this year!).

I had been researching images for the character, using Pinterest, and had fallen in love with Moroccan design. Occasionally I'll find elements from other cultures too - it is so fascinating to learn about the world through a visual design journey.


When I first joined Etsy, I discovered that you could be part of a team in order to get motivated, learn new skills and meet likeminded makers. I loved the idea of being part of such a community, so that even though I work for myself, I wasn't by myself. The first team I joined was then run by Georgina, a highly creative woman who, at the time, had two shops. She now runs Atomic Girl, Curious Doors and Nevermore Art Dolls By sheer coincidence she lived close enough for us to meet up once in a while. 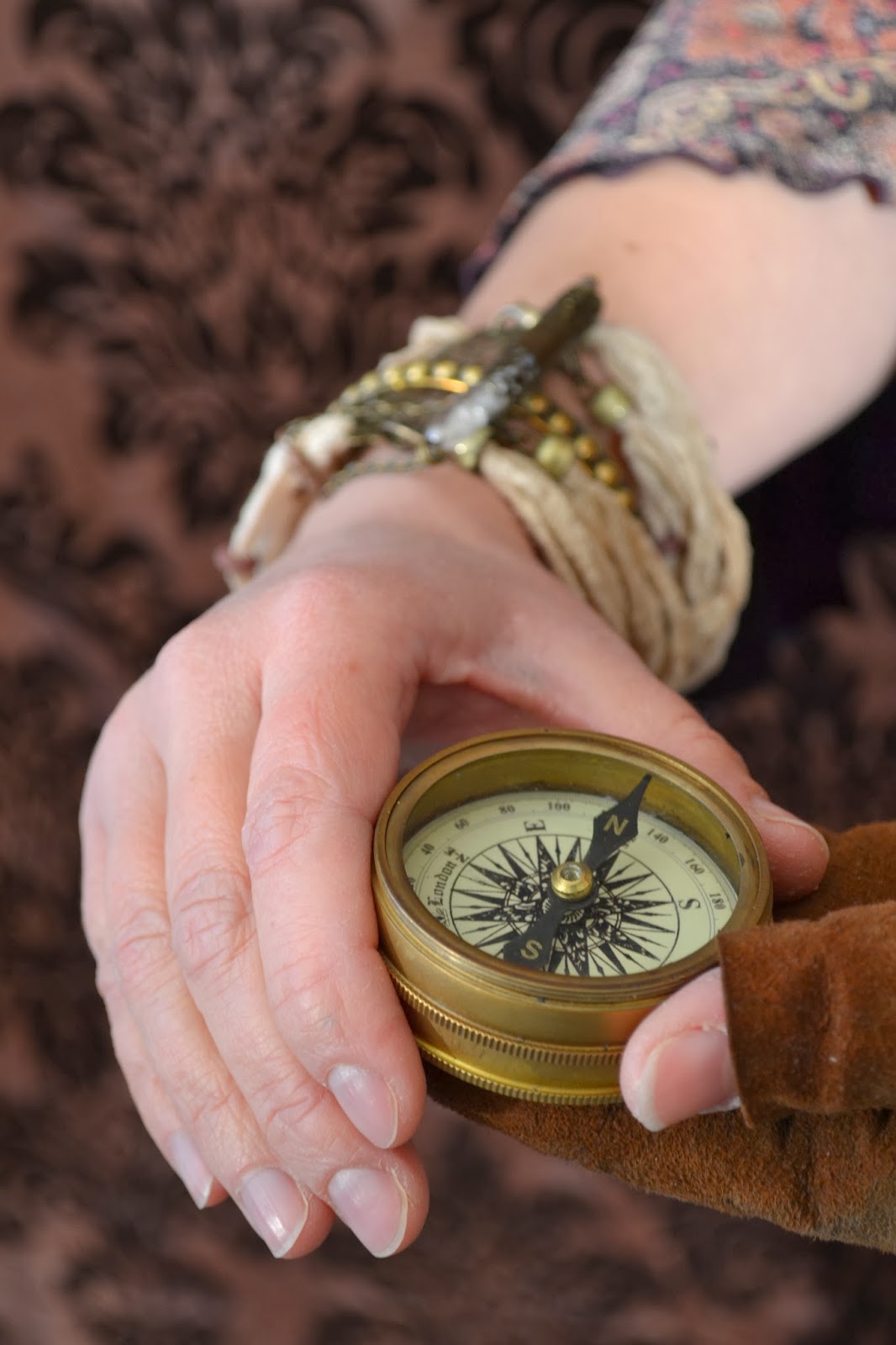 So Georgina inspired me, guided me and has become the main model for my shop. She has since retired as Team Captain and that position has been filled by our lovely pyrographer friend in the U.S. Emily Joy of EmiNation Artistry .

Together with my brother Matt of ArcaneArmoury and a few other friends, we are the Crew of 'The Unpronounceable'. Georgina is The Captain, Emily Joy is Nova Pyrelis the Combustion overseer and Matt is Weldon Rivett esq., our Mechaneer. These characters came about through Georgina's initiative of starting the Steampunk Share Page and I shall be exploring them a little as I write more story entries.

When likeminded people connect, no matter the distance, a process of co-creation begins. You inspire one-another and gain courage to try a different route, to explore new ideas and broaden your horizons.

Matt and I are very happy that a few good larper friends have also joined us in our creative, tea-powered quest! Abigail of The Wiserabbit is one such dear friend, met in a tent in a field somewhere in England, years ago. I'll be interviewing this fine seamstress soon!


I would like to express my gratitude to the many splendid folk that have contributed in some way to my journey. I've come such a long way in two years and it has been purely because of the positive and encouraging support from friends in the Etsy and Steampunk communities; many of those folk can be found in both places!

Here's a list of Steampunk Etsy Teams for those interested in finding friendship, inspiration and support from various creative types across the world: 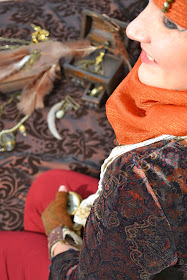 Thanks to El Investigador magazine and Beyond Victoriana for the  features! 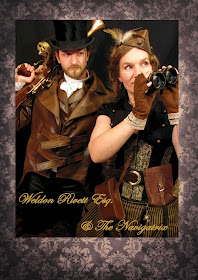 So..anyone for chocolate tea? In all seriousness though, I am grateful to be part of a community who appreciate the value of handmade items, usually because they've had a go at doing it themselves and know the time and effort it takes. They also know the glow of showing off their latest thingumajig, complete with brass gubbins, to a global audience that they can engage with either online or through travelling to conventions.

'The Navigatrix' looks forward to making many more wonderful acquaintances. Teach me a bit about your language! I'll have a go. My French may be rusty and my Japanese coming along 'totemo yukkuri' but I would like to at least make the effort. If you've read this and English is not your first language, thankyou! If you've used an online translation service, I hope it managed my rather verbose, enthusiastic celebration of Steampunk Hands around the World.

This blog has now been archived. Comments may not receive replies.